Future loss of earnings: Court of Appeal rules on appropriateness of Blamire award

Tonya Baxter reviews the Court of Appeal decision in Irani v Duchon (2019) providing a useful reminder of the issues that the court will take into account when considering claims for future loss of earnings, whilst re-emphasising that the conventional multiplicand/multiplier approach will be preferred unless there is 'no real alternative'.

The Claimant was awarded £406,688 following an RTA in which he sustained serious injuries. An Indian national, he had come to the UK in 2010 and began working as an engineer in 2012 on a visa sponsored by his employer. Whilst he was eventually able to return to his employment for 4 days a week, he was subsequently made redundant in June 2015 when his department was closed down. It was restarted 3 months later under a different name, with different staff. He found alternative work within 6 months and was granted leave to remain in the UK until 2020 on a further visa. However, he was prevented from applying for an indefinite visa due to the break in continuity of his employment following his redundancy.

In the High Court, Mr David Pittaway QC found that the redundancy was a 'sham' and that his failure to return to work for some time and the impact upon his ability to work, were considerable factors in the decision to close the department. The Judge therefore found that the Claimant's inability to renew his visa indefinitely arose as a result of the accident. He had no issue with the calculation of likely UK earnings but for the accident. However, he found there to be no proper basis for the calculation of likely residual earnings in India. As such, he held that he could not apply a multiplier/multiplicand approach to the calculation of loss of earnings and instead made an award of damages for future loss of earnings by way of a Blamire award and a Smith award for disadvantage on the open labour market.

The Claimant appealed against the level of damages on two grounds:

It was the Claimant's case that if both grounds were accepted the damages should be £1,259,256 and if only the first ground succeeded, they should be £800,393.

The Defendant cross appealed on the basis that the Judge applied the wrong test of causation to the losses flowing from the 'redundancy' leading to the Blamire award. He argued that in order to find that the Claimant had lost his right to remain in the UK indefinitely, the Judge needed to establish that 'but for' the accident the Claimant would not have lost his employment and simply finding the redundancy to have been a sham was not sufficient.

Hamblen LJ, Holroyde LJ and the Master of the Rolls dismissed the Claimant's appeal and the Defendant's cross-appeal.

The Court of Appeal confirmed that the established multiplier/multiplicand approach should be followed unless there is 'no real alternative' to making a Blamire award. Just because there are uncertainties about the future does not in itself justify departing from the general method. There will be no real alternative to a Blamire when, 'for example there is insufficient evidence or there are too many imponderables for the judge to be able to make the findings necessary to support the multiplicand/multiplier approach'. In order to calculate the multiplicand, it is necessary to establish the 'but for' earnings and the 'residual' earnings on the balance of probabilities.

It was held that the Judge had correctly directed himself by recognising that the Blamire approach was only to be used where there was no real alternative. In this case, the Claimant had sought to establish residual earnings by reference to a letter from a friend and a snapshot of jobs from an Indian website and as such, there could be no proper evidential basis for determining a residual earnings figure. The finding was therefore a factual conclusion that was open to the Judge and it could not be said that it was one that no reasonable judge would have reached.

As such, the lack of evidence was the primary reason for finding that there was no real alternative. However, in addition he further found that there was a lack of certainty as to whether the Claimant would in any event return to India.

The Claimant sought to argue that the Judge had recognised that there was a real alternative open to him, on the basis that he had said in his judgment that if he was to discount the conventional approach, then he would do so by 50%. However, the Court of Appeal held that by this, the Judge had meant that if there had been enough evidence to establish the multiplicand, then he would have applied such a discount, i.e. if the only issue was uncertainty, rather than there also being a lack of evidence, then he would have taken that approach.

On the second ground, it was argued that if the Judge had accepted the Claimant's evidence on residual earnings, the same not having been challenged in cross examination, there would have been a proper evidential basis upon which to calculate the multiplicand. The Court of Appeal held that the evidence in relation to residual earnings was a statement of the Claimant's belief, not of fact and therefore did not need to be expressly challenged, it having been set out in the Defendant's counter schedule that there was no proper or reliable evidence. It was considered clear by reference to the criticism of the Judge of that evidence that it had been rejected and this ground was also dismissed.

In relation to the cross appeal, it was argued by the Defendant that the Judge had to find on the balance of probabilities that 'but for' the accident related injuries, the Claimant would not have lost his employment and it was not enough to have found that the redundancy was a sham. It was argued that the wrong test, of 'material consideration' rather than the 'but for' test, was used. The Court of Appeal rejected this argument and held that the Judge had found that the Claimant's injuries were 'one of the reasons' for the redundancy. Even though not the only reason, it was a material reason and therefore an operative or effective cause of the redundancy. This was equivalent to the conclusion that it would not have occurred but for the accident and therefore the correct test had been applied.

This case provides a useful reminder of the issues that the court will take into account when considering claims for future loss of earnings, whilst re-emphasising that the conventional multiplicand/multiplier approach will be preferred unless there is good reason for it not to be followed. Whilst in the majority of cases a Blamire award is more likely to be favourable to the defendant, it is only in cases where there is no alternative that this will be made. Therefore defendants need to give careful consideration as to how to approach claims on the more usual multiplicand/multiplier calculation basis.

The case highlights the importance for defendants of taking a two pronged approach to such claims and to focus not only on any uncertainties as to the Claimant's future employment prospects, but also to carefully consider the evidence which has been presented in support of the level of likely 'but for' and residual earnings. It will not be sufficient simply to challenge the reality of the Claimant's future prospects, as this alone could be dealt with by a reduction to the multiplicand/multiplier approach which can still result in a significantly higher award of damages. If it is possible to also challenge the basis for the level of alleged 'but for'/residual earnings, defendants will have a greater chance of damages being awarded by way of a lump sum figure.

Of course every case is fact specific and the most favourable approach will depend upon individual factors such as earnings levels, age, disability, etc. It will therefore be important to consider potential awards by reference to both approaches in order to inform defendants as to where they should focus their arguments, whilst being alive to the reality that it will only be in the more exceptional cases of last resort that the Court employs the lump sum approach.

For further information please contact,Tonya Baxter, Director, on 0161 603 5042 or at tonya.baxter@dwf.law 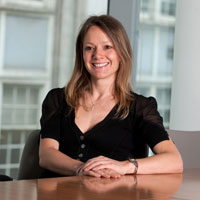