The Court of Appeal has dismissed an appeal by the Motor Insurers' Bureau against a decision of the High Court, that the MIB was liable to indemnify a claimant in respect of an injury suffered when he was struck by an uninsured vehicle on private land. In this article Amy Jeffs and Charlie Mahoney look at the original decision, the basis on which the MIB brought the appeal, the court's judgment, and the likely future impact.

The claim arose as a result of an incident in June 2013. The claimant, who was walking on private land in Lincolnshire, was struck by a vehicle being driven by Mr Tindale, who was of the view that the claimant had been "up to no good" in the vicinity of Mr Tindale's farm. Mr Tindale had pursued the claimant in his 4x4 along a public road, before accessing a public footpath, then driving down an embankment on which one of the footpaths was situated, through a barbed wire fence and into a field, which was private land. He then drove across the field around a marshy area where he collided with the claimant causing him serious injury. Mr Tindale's liability in respect of injury caused to the claimant was unsurprisingly not in issue.

The claimant issued proceedings against Mr Tindale and the MIB, and a preliminary issue hearing was listed to determine three issues:

In relation to the first issue, Soole J, who heard the case in the High Court (see DWF update), held that the claimant's injuries were not caused by, and did not arise out of Mr Tindale's use of the vehicle on a road or other public place before he entered the field. The judge considered the second and third issues together and answered both in the affirmative. He concluded that the obligation on the state in Article 3 of the Directive (to ensure civil liability for the use of vehicles is covered by compulsory insurance) was unconditional and sufficiently precise, and that this extended to the use of vehicles on private land, in accordance with the Vnuk decision. The judge further concluded that Article 3 had 'direct effect', as did Article 10 of the Directive (the obligation on a state to authorise a compensation paying body for untraced and uninsured drivers) and that the MIB was an emanation of the state (following the CJEU's decision in Farrell v Whitty No 2), against which obligations provided for in the Directive could be enforced as if it were the state.

Flaux LJ, delivering the lead judgment with which the other justices agreed, held that:

was interpreted to the effect that the MIB was required to remedy the shortfalls in the Road Traffic Act and compensate for damage to the extent provided by Article 3, as interpreted and clarified by the CJEU. The MIB's role was therefore held to go beyond that delegated to it contractually by the UK government.

The court's decision once again highlights the conflict between the compulsory insurance regime created by the Directive as interpreted by the CJEU and the compulsory regime imposed by the Road Traffic Act. The decision means that the MIB can be called upon to fill any gaps in the regime in Britain and is likely to extend beyond incidents involving vehicles on private land.

The decision so far as it relates to the improper implementation of the Road Traffic Act confirms what has already been determined and conceded by the UK government.

The Court of Appeal's judgment has the potential to place enormous financial and administrative pressure on the MIB, some of which in turn will be passed to the UK government, but which is likely to be reflected in increased insurance premiums. The MIB has already sought contribution from the UK government.

The MIB has applied to the Supreme Court for permission to appeal the decision in relation to the scope of its obligations to meet the entirety of Article 10. In the interim, the decision will add further momentum to the review and reform of the Road Traffic Act 1988 and the approach to be taken post Brexit. 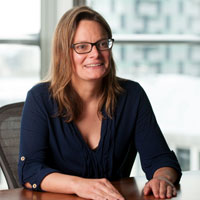