Accommodation claims: Swift v Carpenter in the Court of Appeal

On 9 October 2020, the Court of Appeal handed down judgment in Swift v Carpenter, on the issue of how to approach damages for the additional capital cost of accommodation.

A summary of the key points

Having chosen the reversionary interest model, the Court of Appeal did not actually incorporate a generic formula into the judgment. They were open to the idea but only if the parties could agree the format, which they did not.

To make everyone's lives easier, we have produced a calculator to value the reversionary interest based on the formula put forward by the intervener, PIBA, and the evidence of Brian Watson, their actuarial expert. That calculation in Swift is:

Swift is not – and was not intended to be – the final answer in all accommodation claims. There is no doubt that the application of the reversionary interest model beyond cases of normal life expectancy are challenging, and the issues will no doubt be ironed out at JSMs in the months to come. 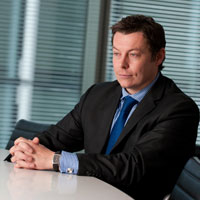