The risks associated with virtual will witnessing during the pandemic

Alexia Drew and Harriet Quiney discuss the new rules in the Wills Act 1837 which have been developed in response to the coronavirus pandemic and how, turning to technology for solutions, poses its own problems, and may lead to increased numbers of invalid wills and claims against solicitors and other will-making professionals.

Amendment to the Wills Act 1837

Unsurprisingly, the coronavirus pandemic has caused an increasing number of people to make and amend wills. Many of those people who were self-isolating or shielding may have been unable to comply with the formalities previously required by the Wills Act 1837, namely that the Will is signed ‘in the presence of’ at least two witnesses.

The Wills Act 1837 (Electronic Communications) (Amendment) (Coronavirus) Order 2020, SI 2020/952, which was laid before Parliament last month, temporarily amends the Wills Act 1837 making it legal for wills in England and Wales (including codicils) to be witnessed virtually, by way of video-link, so long as the quality of the video is sufficient to see and hear what is happening. These new regulations have been backdated to 31 January 2020 (the date of the first confirmed coronavirus case in the UK), with the effect that any will witnessed by video from that date onwards will be deemed legal, unless a Grant of Probate has already been issued or an application has already been made.  The amendments will remain in place until 31 January 2022, or as long as it is deemed necessary.  After that time, wills will, once again, need to be witnessed by two people who are physically present.

Government guidance advises that the use of video conferencing should remain a last resort, and that people must continue to arrange physical witnessing of wills where it is safe to do so.  The law already permitted wills to be witnessed through windows, an open door or at a distance outdoors, so long as the witnesses have a clear line of sight of the person signing the will. Consequently, most people should still be able to have their wills witnessed in the conventional manner.  As autumn draws in, however, local lockdowns, fears of an second wave and the increasing popularity of video conferencing platforms such as Zoom, Skype and FaceTime may mean that virtual witnessing becomes the norm.

The new regulations retain the requirement for two witnesses, in the hope that this will protect against undue influence and fraud.  The provisions do not permit the use of counterpart wills, as this might increase the risk of witnesses signing the wrong document, there being competing versions of the will with different contents and an increased risk of undue influence and fraud.

Concerns regarding the use of video-conferencing

Some have argued that the amendment is unnecessary since s.9 of the Wills Act 1837 should be construed as permitting remote witnessing, the words "in the presence of" being satisfied by a video call.  This is a risky path to follow, as there is no case law that determines that such execution would be valid, so there is no guarantee that absent the new regulations, remote witnessing would lead to a valid will.  While people were using video-conferencing for the purpose of witnessing wills prior to the government's announcement and the amendment has limited retrospective effect, those wills are unlikely to have been witnessed in accordance with the convoluted process envisaged by the guidance, so it is not clear that such wills would be valid and they might give rise to disputes.

Notably, the amendment does not permit the use of electronic signatures.  Instead, it is proposed that the will is wet signed by the testator or at his or her direction in the presence of the witnesses via live video link.  The will must then be taken to the witnesses, who must each sign in the presence of the testator and the other witness via live video link.  Ideally, the witnesses will be in one place and be able to sign together, but they are permitted to sign sequentially in different locations, in which case three video calls will be needed.  It is envisaged that the process will be completed within 24 hours, but the government acknowledges that in some circumstances it may take longer than 24 hours, for example if the will has to be posted to the witnesses.  The witnesses might also be nervous about touching the will immediately, for fear of infection.

The potentially lengthy nature of the process has raised concerns.  A self-isolating testator may not be able to take or post the signed will to the witnesses immediately and the will could be lost in the post or intercepted.  Insurers are used to claims against solicitors and will writers where a terminally ill testator has died or become incapacitated before his or her instructions have been translated into a validly executed will.  Sadly, it is easy to envisage circumstances in which an infected testator dies or becomes incapacitated before the full execution process has taken place.  In that situation, the partly completed will would not be valid. While the Law Society has argued that legislation should be introduced to give judges powers to recognise the deceased’s intentions where the strict formalities of the Wills Act have not been complied with, the government has not taken steps in this direction to date.

An increase in the number of contested wills?

Concerns have also been raised that the complex nature of the provisions might lead to an increase in the number of contested wills.  A will could be challenged on the grounds of poor video quality or that the processes was not validly followed and there is a greater possibility of fraudulent amendment.  An individual who is in the same room as the testator but off camera might also exert undue influence.  Whilst undue influence is always a risk, the physical presence of witnesses makes it more difficult for an individual to be unduly influenced at the point of execution.

Government guidance suggests that, if possible, both the video-signing and witnessing process should be recorded and those recordings ought to be retained, on the basis that this may assist a court in the event of a will being challenged. This should assist in determining whether the will was validly made and it may assist to some degree in the case of allegations of undue influence, fraud or lack of capacity. However, there is no obligation to record and technology is not fail-safe.

The guidance concludes, "If you have any questions about this process you are advised to consult a solicitor or will-making professional".  In the absence of Law Society guidance, the risk of professional error in providing instructions to testators and witnesses on when this convoluted new process should be used and how to go about it is significant. 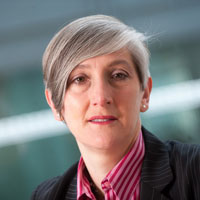