In the case of Kostal UK ("Kostal") v Dunkley the Supreme Court found that a direct pay offer to workers did constitute an unlawful inducement, bypassing a challenging collective bargaining process.

The case considered section 145B of the Trade Union and Labour Relations (Consolidation) Act 1992 ("TULR(C)A"). Section 145B states:

(a) acceptance of the offer, together with other workers' acceptance of offers which the employer also makes to them, would have the prohibited result, and

(b )the employer’s sole or main purpose in making the offers is to achieve that result.

(2) The prohibited result is that the workers' terms of employment, or any of those terms, will not (or will no longer) be determined by collective agreement negotiated by or on behalf of the union.

Lord Leggatt in the Supreme Court judgment succinctly summarises the section as follows: "Its object, broadly stated, is to penalise offers made by employers to workers who are trade union members which, if accepted, would have the result that one or more terms of their employment will not (or will no longer) be determined by collective bargaining".  Such a consequence is known as the "prohibited result".

The rule is designed to prevent employers undermining collective bargaining.  The employer does have a defence if it can show that its sole or main purpose in making the offers was not to achieve the "prohibited result".

Kostal manufactures electromechanical and electronic products for the automotive industry.  The 57 Claimants were all members of Unite the Union and were employed as shop floor or manual workers.  Unite is recognised by Kostal for collective bargaining purposes.

The offer was rejected by Unite's members in a ballot.  Following the rejection, Kostal wrote to its employees to make the same offer to them directly.  The letter confirmed that if they did not accept the offer they would not receive the Christmas bonus.  By January 2016, 91% of eligible employees had accepted the offer, according to Kostal.  Kostal wrote to those employees who had not accepted the offer, making a similar offer but stating that if no agreement could be reached, the company may have to serve notice of termination.

A number of employees brought claims in the Employment Tribunal arguing that Kostal had breached section 145B of TULR(C)A.

The journey up to the Supreme Court

The Employment Tribunal upheld the claims finding that Kostal had consciously decided to bypass further meaningful negotiations and contact with Unite in favour of making direct offers to employees.  The Employment Appeal Tribunal dismissed Kostal's appeal.  However, Kostal subsequently successfully appealed to the Court of Appeal.  The Court of Appeal held that section 145B of TULR(C)A would only be engaged if Kostal's purpose is to achieve the result that one or more of the terms of employment will no longer be determined by collective agreement on a permanent basis.  The Court rejected the view that the "prohibited result" included a one-off occasion.

The Supreme Court disagreed with the Court of Appeal on the distinction between an inducement to trade union members to agree not to be represented by their union in collective bargaining indefinitely (or for a long period of time) or for a very short period of time.  The Supreme Court said that the notion that section 145B can only be contravened when union members surrender collective bargaining rights "on a permanent" basis cannot be justified.

The Court held that, rather than focus on the content of an employer's offer,  under section 145B consideration should be given to whether or not the offer will have the "prohibited result", namely that one or more terms of employment will not (or will no longer) be determined by collective bargaining.  In order for the "prohibited result" to be met there must be a real possibility that, if the offers were not made and accepted, the workers' relevant terms of employment would otherwise have been determined by a new collective agreement.  If there is no such possibility, it cannot be said that making the individual offers has produced the result that the terms of employment have not been determined by collective agreement for that period.

If we can be of any assistance with regard to the issues raised in this update please do not hesitate to get in touch. 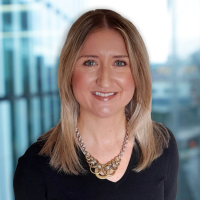 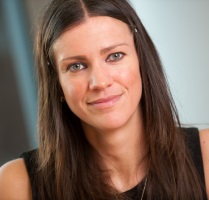