Con-fee-sion: the inter-relationship between professionals' fee claims and counter-claims against them

This article explores the interaction between fee claims brought by and counter-claims brought against professionals.  We explain how the two are often inextricably linked, how the option of set-off could enable claimants to bypass the requisite burden of proof in order to achieve recovery and what steps consultants should take to guard against this.

Not infrequently, clients refuse to pay a professional his or her fees and that professional brings a debt recovery claim.  The client, standing defiant, continues to refuse to pay.  To lend credibility to that refusal, the client contends that any payment would be unfair because the services they have received were negligent or in breach of contractual duty set out in the professional's retainer. Insurers' main insuring clause (advancing cover for civil liability arising out of the professional's business) is triggered, assuming of course notification requirements and other conditions have been met, and that policy exclusions are not applicable.

Suddenly, what was originally a straightforward fee claim and expressly separate from the protection offered by the policy or, failing that, what in any event must be outside the ambit of cover (because a debt recovery in favour of the professional does not amount to an allegation of civil wrongdoing against that professional) has been transformed into a defence which insurers are to fund.  It might be that the opposition to the fee claim is justified, perhaps because the client and professional agreed to a lower fee than that which has been billed, or because no fee agreement was reached at all and the fees being claimed are inflated.  Alternatively, there might have been a complete lack of consideration by the professional, in which case the counter-claim would seem wholly justified in any event, and insurers would be best off not "throwing good money after bad" in seeking to resist it.

However,  in the majority of cases, there are subjective arguments (both ways) and there is often an inseparability in the ensuing correspondence between (a) rebutting the counter-claim (for which insurance is available under the policy) and (b) re-asserting the professional's right to all of their fees, since they have fulfilled all of their obligations. By arguing the former, one is effectively arguing the latter and the insured professional, to all intents and purposes, is able to make a saving on funding the defence of what would otherwise have been an uncovered claim.

The client's motivation in the above-type scenario is, from time to time, nothing more than an attempt to receive a discount on the fees charged. Whilst they will have to pay the court's issue fee for the counter-claim, this often pales in comparison to the professional fees at issue, and their solicitor will likely be looking to negotiate a drop hands compromise (whereby each party bears their own legal costs).

This is, of course, a risk on the client's part.  Their legal costs may soon start to outweigh any fee discount achievable and, more to the point, so will the legal fees of the professional's solicitors. The longer proceedings continue, the more difficult a drop hands resolution is to justify. It is, however, a risk that regularly proves fruitful.  Even though insurers may suspect the counter-claim is of little merit (the defeat of which would ordinarily entitle them to a large proportion of their expended costs were the matter to proceed to trial) the reality is that no case is entirely without risk, nor will all costs be recovered in any event. By authorising drop hands in the early course, or even making a limited nuisance offer, a satisfactory outcome may be achieved by way of certainty with an overall saving on costs.

Whilst on the face of it, the fee claim and counter-claim are separate concerns, such that settlement of the former should be a matter for the professional and settlement of the latter a matter for insurers,   given that the claims are inter-linked, determining who gets to make the final decision when there is a dispute about settlement level is not always the most straightforward exercise.

The professional may be reluctant to make a nuisance offer to "buy off" the counter-claim, which in their eyes, is meritless. Where agreement between the professional and insurers cannot be reached, then the policy's "hammer" clause may come into play, providing an option of last resort which affords insurers ultimate strategic control of how the counter-claim is dealt with.

Equally, it is entirely within that professional's right to decide whether to waive any proportion of his or her fees and in some circumstances a complete set-off between the parties (with each of the client, the professional and insurers walking away without having to reach into their pockets) could be the most logical and attractive bargaining point.

The above scenario provides rough justice for the professional who is forced to forego hard-earned fees.  Nor is it in insurers' interests for counter-claimants to run away with the idea that as long as they can raise a semi-plausible argument, insurers will ultimately agree an early-stage commercial resolution.  While each claim will turn on its own facts, the following considerations are worth bearing in mind for both professionals and insurers when embarking on any commercial project. 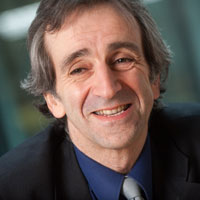