The Russian Invasion of Ukraine: Definition of 'War' in Insurance Policies

The current armed conflict between the Russian Federation and Ukraine has the potential to impact the London Market significantly, with exposures stretching to billions of dollars. Sitting in England, it seems almost churlish to attempt to parse the proper definition of the atrocities committed in Ukraine. However, the issue of that definition is critical for insurers across classes considering their liabilities.

'War' is often given a very wide definition in insurance policies, often referring to 'hostile action' rather than armed conflict. Even where more restrictive language is used, or where no definition is provided, it is highly likely that any court or arbitral tribunal interpreting an insurance policy and applying English law would consider that the actions of the Russian Federation would amount to a 'War', no matter how allergic Putin is to that nomenclature, and regardless that it appears Russia did not officially declare war on Ukraine. Nevertheless, given the importance of that definition in the context of policy coverage, it is useful to look back at the relevant case law in which the definition of 'War' has previously been examined, and to consider how that is likely to apply to the current conflict in Ukraine.

When construing a contract under English law, it is necessary to ascertain the objective meaning of the language with which the parties expressed their agreement, considering the contract as a whole. A good starting point for considering the meaning of individual terms is the Oxford English Dictionary, which defines 'war' as "a state of armed conflict between different countries or different groups within a country." Similarly, Osborn's Concise Law Dictionary 12th ed. describes it as "the legal categorisation of the state of affairs existing between states when force is used to vindicate rights or settle disputes between them."

The meaning of the term 'war' has been considered in a handful of cases by English courts.

Here the court was considering the insurance of a shipment of gold owned by a Transvaal company that was seized by Transvaal just prior to the outbreak of the Boer War. At first instance, the court wrote:

"What is a state of war is well described in Hall on International Law, 4th ed. p. 63: "When differences between States reach a point at which both parties resort to force, or one of them does acts of violence, which the other chooses to look upon as a breach of the peace, the relation of war is set up, in which the combatants may use regulated violence against each other until one of the two has been brought to accept such terms as his enemy is willing to grant."

The question arising was whether it was against public policy for British insurers to pay an indemnity for the seizure of the gold where that gold was used by the Transvaal government to fund the war against Great Britain. The House of Lords ultimately found that the seizure had occurred prior to the outbreak of war, that nothing in public policy should prevent payment under the policy after the restoration of peace, and that therefore the terms of the policy should be given force and indemnity paid.

In this case, the defendants sought to enforce a term in a time charterparty that allowed it to be cancelled "if war breaks out involving Japan". They sought to do so in September 1937, after the conflict between China and Japan had escalated dramatically following the Marco Polo Bridge Incident on 7 July 1937.

The matter was first referred to arbitration. The claimant argued that there was no declaration of war between Japan and China, that the countries had not severed diplomatic ties and that the British government did not recognise a state of war between the countries (the parties in the case did appeal to the Foreign Office, who said essentially that the government did not want to take a view on whether there was or wasn't a war).

The arbitration umpire found that, despite the lack of a formal declaration of war, a war had broken out between China and Japan by September 1937. He noted that the armies on both sides of the conflict numbered in the hundreds of thousands and that their forces included aeroplanes, tanks and heavy artillery. He concluded that the conflict constituted a war within the ordinary and popular meaning of the word. The High Court found similarly that the word should be construed in the sense in which an ordinary commercial man would use it, rather than seeking to go into the niceties of international law. The Court of Appeal were even more forceful, stating that "[T]his is a clear case" and "I cannot imagine any commercial person with any common sense answering that question [i.e. whether it was a 'war'] in any way other than that in which the arbitrator has answered it." The court made clear that a war could break out without a formal declaration of war, without the severing of diplomatic ties between the belligerents and regardless of the UK government's view on the matter.

The insureds owned and carried out three businesses in Beirut, Lebanon.They took out insurance for their properties in 1975 on an all-risks basis, with exclusions for several political violence (PV) perils. The businesses were damaged during the widespread political strife in Lebanon beginning in late 1975 / early 1976. Underwriters refused to pay arising claims on the basis that the PV exclusions applied.

The court in this case was not required to consider the meaning of 'war'. However, it did discuss the meaning of 'civil war'. The court assessed that a civil war should be fought between identifiable 'sides', that those sides should have the object of retaining or seizing dominion of whole or part of a state, and that the "nature and scale of the conflict" should be assessed, with factors such as the number of combatants, the number of casualties (both civilian and military), the number and nature of the armaments employed, the size of the territories held by each side, the involvement of broader populaces, the duration of the conflict and the extent to which public order and the administration of justice were impaired.

The court concluded, after considering the facts of the conflict and applying the above tests, that in January 1976, Lebanon was not in a state of civil war.

The cases cited above make clear that, when interpreting the term in a policy, the court will adopt the ordinary meaning of the term 'war' as it would be normally understood by commercial parties. The current conflict is being fought by two large nation states, using their conventional military forces across a wide theatre of war and on land, sea and in the air. The armies involved number in the hundreds of thousands on each side, and the devastation being wrought by the fighting is serious and widespread. Both sides are clearly seeking dominion of Ukrainian territory, although it is unclear to most observers what exactly Russia is seeking to achieve or what it might do were it to prevail.

This conflict therefore has all the characteristics of a war and it is highly likely that an English court or tribunal applying English law would find it is a war.

We understand that the Russian government has made clear to its internal media operations that Russia's attack should be referred to as a 'special operation' and not as an invasion or a war. Nevertheless, the existence of a formal declaration of war or otherwise is irrelevant to this analysis and there is no need to try and parse the various legal steps taken within the Russian government to authorise and/or direct the attack.

For completeness, we note that the British government specifically refers to the Russian attack as a war. Its statement on events described it as "Russian government's unprovoked and premeditated war against Ukraine." While this pronouncement is not in any way determinative for the purposes of interpreting the phrase in an insurance policy, it puts matters beyond doubt.

If 'war' is specifically defined in a policy then a court or tribunal would be minded to apply that definition. Nevertheless, the definitions of 'war' that we typically see in standard London Market wordings are broad and so the above analysis is very likely to apply in any event.

As a final point, it is worth noting that many policies have a clause that excludes losses arising from war between any two of Russia, China, the United States, France and the United Kingdom.

At this stage, we consider it highly unlikely that an English court or tribunal applying English law would find that such an exclusion would apply. The armed forces of the USA, UK and France are not engaged in the fighting. The fighting is taking place solely within the territory of Ukraine. While we understand the US, UK and France have all supplied military aid to Ukraine and that private individuals from those countries are seeking to join the Ukrainian armed forces to defend Ukraine, those factors alone would not (in our view) be sufficient to trigger such a clause.

If you would like to discuss any of the issues discussed in this article please contact David Abbott or Carly Gray. The content of this article is provided for general information purposes only and does not constitute legal or other professional advice. We do not accept any responsibility for any loss which may arise from reliance on any content published in this article. 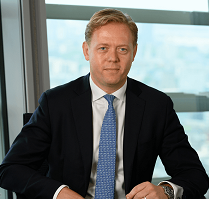 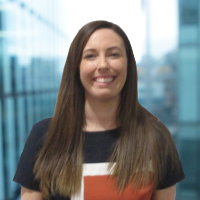