Sean Fleming was employed for approximately 30 years with his employer and his contract contained a clear clause providing a retirement age of 65. At a time of company wide redundancies, he was advised that his services would be required in the future, however, shortly after he was retired against his will.

In the case of Sean Fleming v Instant Upright Limited (ADJ-0033239) the employee was employed for approximately 30 years with the employer. His employment contract contained a clear and unambiguous clause providing for a retirement age of 65. The employee claimed that at a time of company wide redundancies, he was advised that his services would be required in the future, however, three months later he was retired against his will.

The employee submitted that there had been company wide redundancies in or around September 2020 and at the time, he was not selected for redundancy. In October 2020, a pension broker on behalf of the employee notified the employer that his pension plan would soon mature and the employer made no reference to the fact that they intended to retire the employee in the coming months.

On 2nd December 2020, the employee received a letter of authorisation from the employer enabling him to travel, for the purposes of Covid 19 restrictions, which the employee maintained showed that the employer intended to retain him beyond his contractual retirement age.  However, only 2 weeks later on the 14th December, the employee was told not to report for work as he had to retire. The employee submitted that the only reason he was not made redundant as part of the restructure was because the employer was intending to retire him in a number of months time.

"The normal retirement age in the company is the date of your 65th birthday. The company will contact you 3 months in advance to ensure all issues relating to your retirement are in place".

The employer submitted that the Unfair Dismissals Acts did not apply where the employee had reached normal retirement age.

The employer also denied that it did not engage with the employee about his retirement and said that an email was sent to the employee in September 2020 clearly stating that the employee was to retire on the 11th December 2020.

Section 2(1)(b) of the Unfair Dismissals Acts provides:

“Except in so far as any provision of this Act otherwise provides, this Act shall not apply in relation to any of the following persons:

(b) an employee who is dismissed and who, on or before the date of his dismissal, had reached normal retirement age for employees of the same employer in similar employment…."

The Adjudication Officer (AO) found that it was accepted by the parties that the employment contract contained a retirement age of 65 and it was accepted that this applied to all employees.

Ultimately, the AO was satisfied that the exclusion provided for at Section 2(1)(b) of the Unfair Dismissal Acts applied and therefore he had no jurisdiction to hear the complaint.

Takeaway points from this decision

If you have any questions or would like to discuss this topic further, please feel free to contact Alison Martin at Alison.Martin@dwf.law 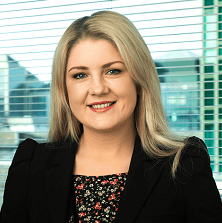