In this article, David Egan and Prem Thakor discuss a Call for Evidence regarding a proposal which aims to promote the redevelopment / remediation of contaminated sites, where the costs of Landfill Tax are prohibitively expensive.

In a move that has been described by the Exchequer Secretary to the Treasury, Alan Mak, as a "bold new scheme which could remove unintended barriers for local authorities", the Government has recently announced potential plans to provide new grant funding for councils.

Although the scheme has not been finalised, the grants would refund the costs of additional Landfill Tax where it acts as a barrier to redeveloping brownfield sites and contaminated land. The aim of the scheme is to promote the development of more homes and businesses, whilst protecting the environment and public health.

As many council and developers will be aware, Landfill Tax was introduced in 1996 to encourage the recycling, reuse and recovery of waste. However, with a current standard rate of £98.60 per tonne, the cost of the tax can be prohibitively high in many cases. This inevitably means that the tax has acted as a significant barrier to redevelopment in certain cases. The proposed scheme tackles this issue by targeting grants in instances where Landfill Tax would otherwise have prevented remediation on commercial terms.

At present, the Department for Environment, Food & Rural Affairs (DEFRA) has issued a Call for Evidence to seek views on the need for, and design of, the proposed scheme. The Call for Evidence also seeks information on the prevalence of instances where Landfill Tax has been considered to be an insurmountable barrier to the redevelopment of land affected by contamination, or the consequences of a previous development.

Views are sought on various topics including:

The Call for Evidence is open to anyone with an interest to respond. It will be particularly relevant to local authorities, consultants, planners and developers who are interested in redeveloping, remediating, and protecting land affected by contamination.

The Call for Evidence is accessible on DEFRA's website, but closes on 18 August 2022.

Further information about the scheme and the Call for Evidence is accessible here and here.

If you have any questions about how these potential changes might impact you or your business, please contact David Egan or Prem Thakor. 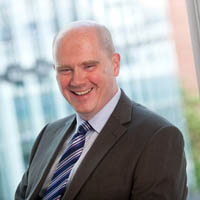