The Government has launched a Subsidy Control consultation process, seeking the views of stakeholders on which categories of subsidy should be subject to mandatory and voluntary referral to the Competition and Markets Authority ("CMA") under the new regime.

This is significant because the outcome from this will set very important boundaries for those interventions that will need to submit to a significant level of further scrutiny (and therefore time and cost) as against those that will be able to proceed without it. The consultation runs until 6 May 2022.

The Subsidy Control consultation was announced on 5 April and will run until 6 May 2022.  Stakeholders who wish to submit a response can find the formal consultation document and how to respond on the Gov.uk website.

Since the Subsidy Control Bill was first published in June 2020, there have been questions as to how key parts of the Bill will operate in practice, especially in terms of additional examination by some form of regulatory authority.  In respect of "Subsidies of Interest" and "Particular Interest" (which is the new terminology for sensitive subsidies of different degrees) the Bill stated that the Secretary of State would identify which subsidies would fall within these categories in due course, by way of regulation.

In January the Government published guidance and draft regulations as to Subsidies or Schemes of Interest and Particular Interest, explaining how such subsidies will proceed under new regime set out in the Subsidy Control Bill.

It has also provided illustrative examples of how Streamlined Routes under Article 10 of the Bill may be developed.  The Streamlined Routes are a form of "safe harbour" (arguably akin to the block exemptions used under EU State aid law) and DWF lawyers argued for greater use of this route at the Subsidy Control Select Committee on 26th October 2022.

Under Section 11 of the draft Subsidy Control Bill, the Government included a mechanism whereby additional scrutiny and review will be given to subsidies "that are more likely to cause negative effects on competition and investment" within the UK or affect the UK's trading partners.

These two categories are:

The difference between the two will largely be that for the former a referral to the CMA prior to award is possible, and for the latter it is mandatory.  It is therefore a vital distinction.

How will Subsidies or Schemes of Interest / Particular Interest be defined?

Section 11 of the Subsidy Control Bill does not specify what constitutes "of interest" or of "particular interest". The new draft regulations offer an indication as to how they could be defined, albeit these could still be changed in due course.

As currently drafted, a subsidy will be classed as a Subsidy of Particular Interest (ie. subject to mandatory notification) where one of the following tests are met:

"Sensitive sectors" will include areas of activity which have "a record of international trade policy disputes [or] evidence of global overcapacity within the sector" including:

In contrast, a subsidy will be classed as a Subsidy of Interest (non-mandatory but possible notification) where one of the criteria apply:

How can subsidies of interest and particular interest be awarded?

The Subsidy Control Bill, as clarified by the draft Regulation, provides a route forward for subsidies of interest and of particular interest to be awarded.

Where a public authority intends to grant a subsidy which is categorised as a Subsidy or Scheme of Interest, it "will have the option [of sending] their assessment to the [Subsidy Advice Unit] for review prior to award".

In contrast, where a public authority intends to grant a subsidy which is categorised as a Subsidy or Scheme of Particular Interest, they "will be required to send their assessment to the [Subsidy Advice Unit] for review prior to" the subsidy being awarded.  The Unit's reports will be non-binding "regardless of whether the referral is voluntary or mandatory", albeit we expect the CMA's views and/or recommendations will be taken very seriously by awarding authorities, and it would be a very brave authority that failed to take heed of them.

The Government intends to publish additional guidance in due course to help public authorities "identify when a subsidy or scheme meets the criteria for Subsidies or Schemes of Interest or Particular Interest" and to set out the referral processes to the Subsidy Advice Unit.

Having to make mandatory filings will significantly impact upon the anticipated delivery cycle for many awards, particularly from a timing perspective.  Although it is anticipated that a notification should yield a view within one month, it will inevitably take time to draft notifications and the CMA will be expected not to allow time to start to run until it is fully satisfied with the completeness of each notification.

Our initial observations are that the proposed values for mandatory notification are rather low, indeed for many awards this threshold for notification scrutiny is much lower than under comparable EU State aid law.  For example, under the GBER investment towards a district heating or cooling distribution network would only need to go to the European Commission for review if it exceeded €20m.  Indeed GBER sets different thresholds for different types of award (eg. heritage and culture €150m) whereas the proposed UK law does not seek to distinguish. It is therefore arguably a bit surprising that the new UK regime, whilst seeking to proclaim the benefits of less red tape" and moving out of the sphere of EU law, would seek to apply additional interrogation to a range of measures that would pass through on a much quicker basis within EU law.

The other consequence of law value thresholds for notification is of course that a much greater volume must be expected to be generated, thereby placing an inevitable strain on the resources of the anticipated Subsidy Advice Unit within the CMA.  Furthermore, if the CMA receives a greater volume than it can reasonably cope with then notifications will inevitably become delayed further.

The consultation process is welcome news to both public authorities and businesses, because it means that Ministers are aware of the potential impact that setting the thresholds too low would have and want to understand the views of those involved in administering and receiving subsidies. At the same time, the Government will also want to ensure proper safeguards are in place to ensure that subsidies are not overly distortive or undermine the UK's international commitments on subsidies. This has always required and will continue to require something of a balancing act as between different types of public sector intervention for different purposes.

DWF Law LLP has exceptional experience in public funding issues, including the Subsidy Control rules. Members of our Public Sector team have expertise and experience developed from working within Central Government, Local Government, the European Commission and alongside international companies securing public funding.  As a result, we are a 'safe pair of hands' when it comes to awarding and receiving public funding. Please free to get in touch with our Subsidy Control lawyers if it would be useful to discuss any of the issues raised in this article or other matters related to public funding. 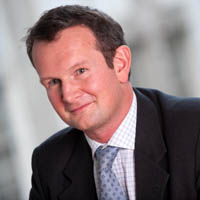 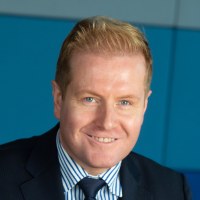 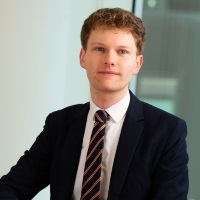 DWF, the global provider of integrated legal and business services, has appointed Philippe Feitussi as a partner in its Corporate team.

DWF, the global provider of integrated legal and business services has assisted Cirdan Group in its acquisition of Banca del Sud and its transformation into Smart Bank.

The CMA has fined Dar Lighting Limited £1.5M for engaging in resale price maintenance. In this article we explore this case, which serve as a useful reminder that businesses can still fall foul of competition law even in the absence of direct anti-competitive provisions.