The recent case of Sally James v USM Events Pty Ltd [2022] QSC 63, highlights that event organisers may be found liable for the action of participants who cause injuries, where they fail to undertake appropriate risk assessments.

Dr Sally James (Plaintiff) had been an avid triathlete since March 2016.

In February 2018, the Plaintiff participated in the Gold Coast Triathlon. Unfortunately due to weather events, this was converted to a duathlon (the swim leg was abandoned), which then caused the conclusion of a para-athlete wheelchair event to overlap with the running leg of the able-bodied duathlon.

The Plaintiff, while running the first leg, was suddenly startled by yelling and swearing behind her, and was then struck in the right side of her body by an "elite" para-athlete in a wheelchair, causing her to fall to the ground.  As a result of the impact, the Plaintiff sustained brain, psychological, and minor physical injury.

The organiser and operator of the event was USM Events Pty Ltd (Defendant).

The risk of harm was determined to be:

"the risk of injury as a result of contact between an able-bodied athlete in the position of the Plaintiff and a para-athlete on a wheelchair capable of travelling up to 35 kilometres per hour being at the same part of the course where the course narrowed concurrently".

The Plaintiff raised that the modified duathlon created an unusual situation where para-athletes and able-bodied athletes were together on the course at the same time.

The Defendant admitted that the para-athlete event was started earlier, to minimise the time they were on the course with able-bodied athletes due the risk of collision and injury.

It was considered that the Defendant also ought to have known that competitive athletes would hug the race line, including at the "s-bend" where the track narrowed, and the incident occurred.

Justice Brown ultimately considered the risk of harm was reasonably foreseeable and not insignificant.

Justice Brown considered the magnitude of the fall risk was "potentially serious", given the speed at which a para-athlete may travel, and the low level and solid nature of wheelchairs, which had the potential to directly contact an able-bodied athlete.

The Plaintiff pleaded that the Defendant failed to take reasonable precautions to prevent her injury, namely a failure to erect a barrier, either hard or soft, around the "s-bend" in the course. This would have allowed separation of para-athletes in wheelchairs from able-bodied athletes around narrow sections, with signage directing persons to the side they were to travel on.

Justice Brown ultimately considered the erection of barriers would have been a reasonable precaution that ought to have been taken by the Defendant.

This was decided on the background of the Defendant's success in the use of hard barriers to separate cyclists from those undertaking the run leg of the event.

In addition, the erection of additional barriers had social utility, and would not have placed significant burden on the Defendant in terms of cost or logistical difficulty.

The Defendant failed to establish that there was an inherent or obvious risk of injury.

The Plaintiff was awarded general damages of $28,800.00 (ISV 16) based on her reduction in organisational ability, giving rise to anger and frustration, including interaction with her sons.

As result of the injury, the Plaintiff was considered incapable of continuing to practice as a psychologist, was subsequently required to close her practice, and eventually filed for bankruptcy.  Justice Brown considered given her age and potential to return to alternative employment, a discount of 30% was applied to future economic loss.

Judgement was entered in favour of the Plaintiff for the sum of $1,062,351.20 (pending confirmation of calculation by the parties).

If you require further information or have any queries in relation to this legal update, please contact Hamish Broadbent.

We would like to acknowledge the contribution of Joshua Nash (Solicitor) to this article. 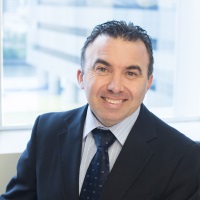