Highways: the power of data in s.41 disputes

Caroline Sanders acted for Surrey County Council in Surrey County Council v Hillard on their successful appeal against a district judge's decision that it was in breach of s.41 Highways Act 1980, after a cyclist was injured in a closed road cycling event. The appetite of the appellate court to analyse the trial judge's approach and willingness to interfere with the judgment given the compelling evidence at hand, sends a powerful message. Caroline draws out the relevant tests and the persuasive statistical evidence.

On 4 August 2013, the claimant participated in a closed-road cycling event, the Prudential Ride 100, taking a route through the Surrey hills. This was not a race and there were around 16,000 cyclists participating. The claimant struck a defective area of tarmac, a depression of at least 30mm adjacent to a hydrant cover, and fell from his bicycle sustaining multiple serious injuries. The claim was brought against the Council as highway authority in breach of s.41 Highways Act 1980 and in negligence. Liability was firmly denied by the Council throughout the claim. The Council denied any breach of s.41 relying on what was considered to be compelling evidence that there were 16,000 participants and, at the point at which the claimant's accident occurred, the cycling data showed that 12,400 of those participants had passed the accident location without incident or complaint. The Council adduced extensive evidence of the lengths they had gone to in the run up to the event, working in partnership with Ride 100, the event organisers, to carry out multiple proactive inspections of the route to address any safety concerns.

The specific 'defect' in question was identified during the initial route check in January 2013 and categorised as a 'Priority 2 defect' meaning it did not require remedial works but monitoring for deterioration. In view of there being a hydrant in the location, the 'defect' was referred to Thames Water, the relevant utility company, who sent a contractor to undertake a site inspection. That inspection took place in May 2018, at which time the contractor, PJ Keary Ltd, prepared a report concluding that any defect resulted from the carriageway condition rather than any issue with the hydrant cover. Crucially that report stated that the carriageway deterioration had resulted in "30 mm trip hazards". On the Council's witness evidence, the route was checked several times following this attendance, both by a highway inspector and by the event organisers and no further concerns were raised and no remedial action was taken. The claimant, and indeed the trial judge, were critical of the lack of written records of those further inspections.

The matter was heard at first instance before District Judge Smart, sitting as a Circuit Judge, at Kingston upon Thames County Court. The District Judge heard from a number of witnesses to include participants in the race, representatives of the highway authority and from the Ride 100 Safety Manager.

In determining the question of breach, the Judge noted that he was required to apply the well versed Mills v Barnsley MBC [1992] test but went on to say that he considered it helpful to pose the question cited in Morton v Wheeler [1956] CA, Dymond v Pearce [1972] and Rider v Rider [1973], i.e.

"that if a reasonable man, taking such contingencies into account, and giving close attention to the state of affairs, would say: 'I think there is quite a chance that someone going along the road may be injured if this stays as it is', then it is a danger; but if the possibility of injury is so remote that he would dismiss it out of hand, saying ‘of course, it is possible but not in the least probable,’ then it is not a danger.”

In posing that question, the Judge concluded that he should give "proper weight" to the report of PJ Keary Ltd. The use of the term "trip hazard" in that report was, in the Judge's view, evidence that the report author had carried out an analysis of the defect and concluded that the defect posed a risk to road users. He concluded that this was evidence that the carriageway was dangerous as at May 2018 and, by definition, remained dangerous at the time of the accident given the lack of any remedial works. He preferred that evidence to that adduced by the Council. The claim therefore succeeded at first instance with damages and costs awarded in the claimant's favour.

1) that the incorrect legal test had been applied by the trial judge being the earlier authority of Rider v Rider [1973]. The legal test in Jones v Rhondda Cynon Taff CBC [2008] CA and James v Preseli Pembrokeshire DC [1993] should have been applied (In Jones, the Court of Appeal held that s.41 required a highway to be maintained in such a state of repair that it was reasonably passable for the ordinary traffic of the neighbourhood without danger caused by its physical condition. In James, the Court found that an unreasonable burden should not be placed on authorities and there should be a reasonable balance between public and private interest);

2) that the judge had failed to give due weight to the evidence that 12,400 cyclists had passed the same point without incident and;

3) that the judge had placed undue weight on the report of PJ Keary Ltd which had been carried out for a different purpose.

Mrs Justice Slade allowed the Council's appeal on grounds 2) and 3).

On the question of the legal test applied, the test had evolved through the case law and the Rider test was but one formulation of the test. Whilst the trial judge clearly had in mind the Rider approach, he had given due consideration to the more recent relevant case law (James v Preseli [1993] and Jones v Rhondda [2008] in particular) and his approach was not contrary to those authorities. Slade J was not persuaded that there had been a misapplication of the law. The first ground of appeal therefore failed.

However, Slade J accepted that, pursuant to Lawrence v Kent [2012] CA, it was open to her to make her own determination of dangerousness and that she was in a position to do so having before her precisely the same evidence to evaluate as the trial judge by way of photographs and reports. In doing so, she crucially concluded:

"the fact that the relevant part of the carriageway had been passed at the material time by 12,400 cyclists without incident is overwhelming evidence that the obligation to maintain the highway had been complied with. The fact that over 3,000 cyclists were still to pass and that there was no written record of inspection carried out by Ride London between January and August 2013 cannot lead to a conclusion refuting this. The Claimant unfortunately suffered injury and loss as a result of a bicycle accident on a road which had a defect. However, a conclusion other than that the Defendant was not in breach of its duty under S41 could not be reached on the evidence and to do so would be perverse".

Accordingly, the appeal was allowed on grounds 2) and 3). (The claimant is now applying for permission to appeal to the Court of Appeal.)

This case well demonstrates just how subjective the question of dangerousness is and the inherent risk involved in running to trial a dispute on s.41 breach. Despite the trial judge accepting the oral evidence he had heard, the terminology adopted in one report from an unknown author proved sufficient to persuade him a defect existed and the duty to maintain had been breached.

However, the appetite of the appellate court to analyse the trial judge's approach and the willingness to interfere with the judgment given the compelling evidence at hand, sends a powerful message. It is a commonly held view that findings of fact by the trial judge will stand and an appeal court will not entertain interfering with such findings. That is undoubtedly more often than not the case.

The Lawrence v Kent case should be borne in mind though. In a situation such as this, where an appellate court is in just as good a position to analyse the factual evidence and determine the question of dangerousness, and where that evidence presents a compelling case for the highway authority, an appeal merits consideration.

The availability of statistical data was undoubtedly the differential here; such remarkable figures were the headline point for Slade J. Of course, rare is a case in which such accurate, hard evidence can be adduced. However, that is not to say that there is no wider application here. In so many highways cases, particularly those centred on major routes and busy high streets, there will likely be ways and means of ascertaining typical usage figures. Even estimated footfall figures would go a long way towards putting an individual accident in context and will undoubtedly weigh heavily on a judge's mind when determining the question of dangerousness. 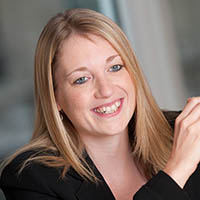