Too much work: No reform for employment status and tax rules

The UK Government has confirmed that it will not be reforming employment and tax rules on the divide between employees, workers and the self-employed.

The problem with employment status

There has been widespread acknowledgement for some time that the current employment status framework and the rights of individuals under each status are difficult and unnecessarily complicated. This creates problems for both individuals and employers, and confusion around employment status becomes more pronounced when people work in atypical ways.

The confusion is exacerbated by the presence of three categories for employment rights purposes (employees, workers and self-employed individuals) and the binary categorisation for taxation purposes (employees and self-employed individuals), with disputes being resolved by different tribunals. Whilst the classification of status is often relatively straightforward, the difficulty lies in the grey areas which straddle the categories. The difficulty appears more prevalent in certain sectors including hospitality, IT skilled technicians and construction and of course the gig economy.

In 2018, the Government launched a consultation, inviting views on whether, and how, the rules on determining employment status should be changed. The consultation was part of the Government's response to the Taylor review, which conducted a detailed review of modern working practices and set out a number of recommendations.

DWF responded to the consultation, echoing the need for greater clarity for employers and individuals, which would be best met by legislative reform and alignment between employment and tax law. Further, we pressed for alignment of the legislation for employment income and national insurance contributions which would make it easier for individuals and employers to understand, and improve compliance.

Four years after the consultation closed, the Government has now published its response. The Government has decided against legislative reform or aligning the employment and tax frameworks, stating:

"The Government recognises that, whilst the Employment Status framework for rights works for the majority, boundaries between the different statuses can be unclear for some individuals and employers. However, the benefits of creating a new framework for employment status are currently outweighed by the risk associated with legislative reform. Whilst such reform could help bring clarity in the long term, it might create cost and uncertainty for businesses in the short term, at a time where they are focusing on recovering from the pandemic."

Instead, the Government has published guidance and a checklist for employers and other engagers, and guidance for individuals.

This is a missed opportunity and the respective employment and tax regimes remain unnecessarily complex for employers and individuals to get to grips with. Employers can mitigate risk by reviewing the new guidance and adopting robust practices and procedures, taking professional advice when required.

If you would like to discuss how you engage with individuals or businesses, please speak with one of our Employment and Tax legal experts. 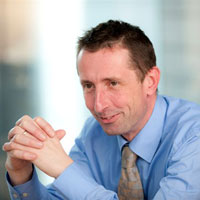 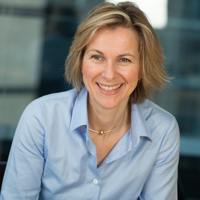